Everyone at Rolling Acres would like to take a moment to wish our clients and friends a very Happy New Year! We are thankful for another successful year at the farm and all of the continued support our wonderful clients give. We are looking forward to another great year in 2015!

Also we want to wish safe travels to everyone heading down south to Florida on Saturday, the 3rd! 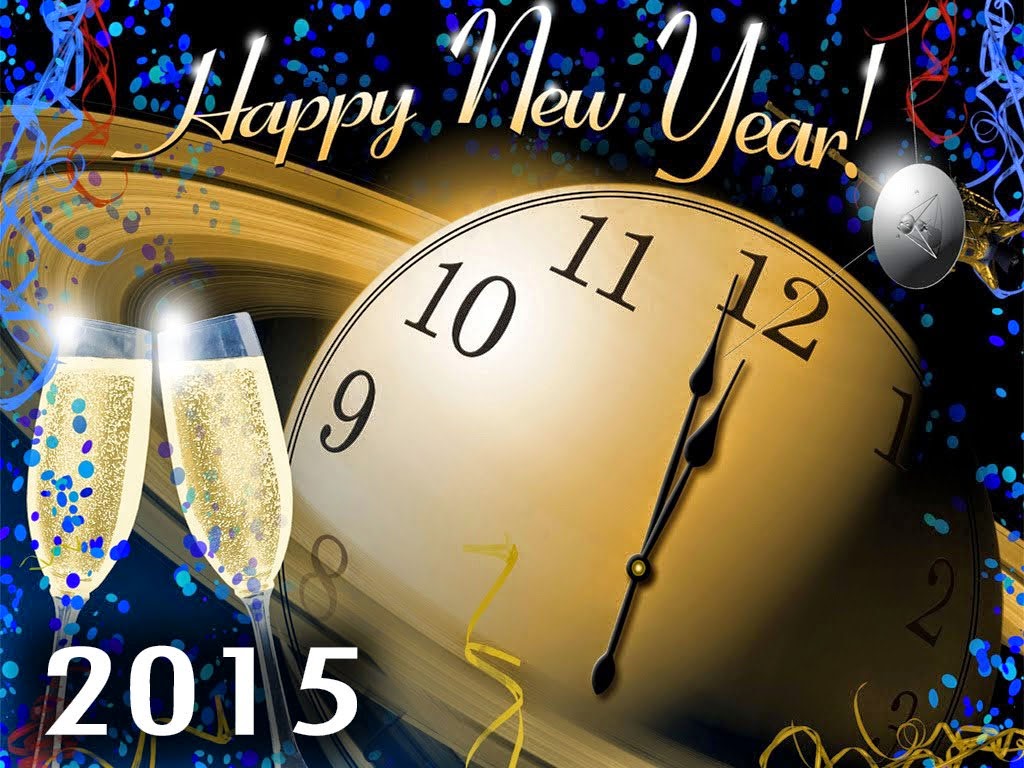 Posted by Rolling Acres: Hunter/Jumper Horse Boarding, Sales and Training in Montgomery County, Maryland at 7:25 AM No comments:

The Holiday Barn party was a big success!  Special thanks to Sheryl and her family for hosting everyone and having such a wonderful time! And a reminder that the barn will be closed on Christmas Day so that our staff can enjoy the holiday with their families.  Horses will be taken care of by the Nicholson crew.

Also, the Rolling Acres team heads down south to the warmer weather on January 3rd. We wish them safe travels and best of luck for the start of their 2015 competition season.  We will be back here in Maryland, GREEN with envy! 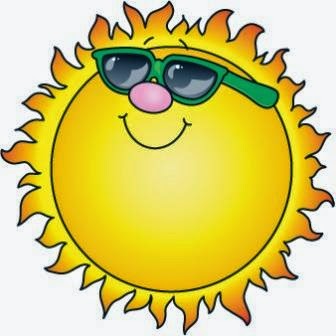 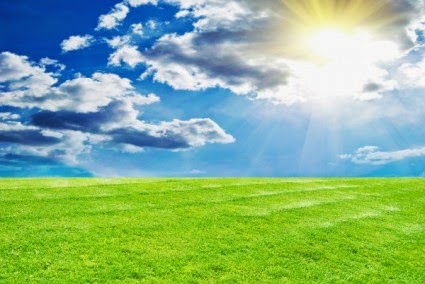 With that being said, we wish Happy Hanukkah and Merry Christmas to everyone and their families! 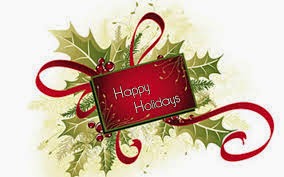 Congratulations are in order!

Today we want to send congratulations to Brittany Hector for her purchase of Quintana 26! We couldn't be more excited for this new pair, and wish them all the best together in the show ring. 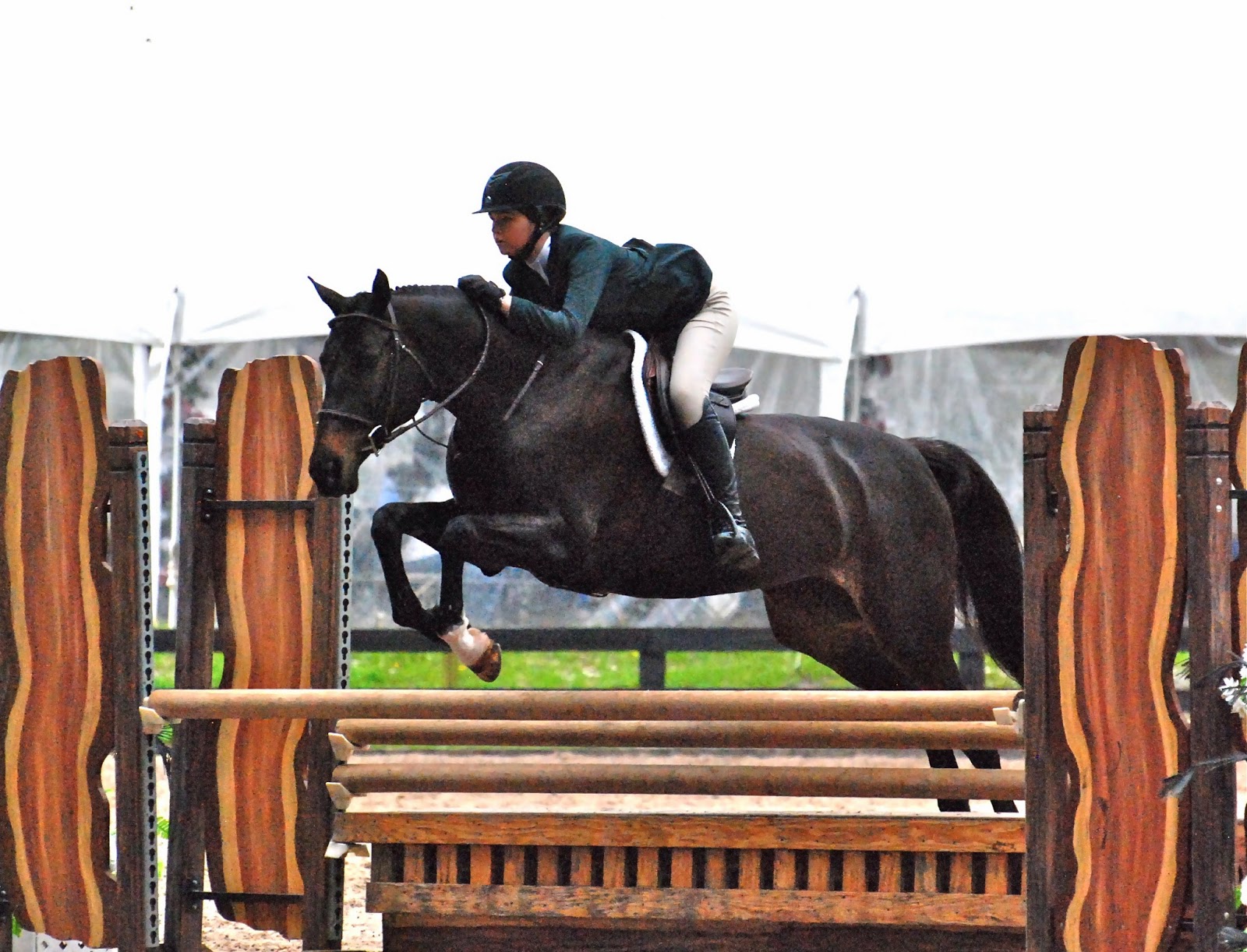 Pictured in the photo: Quintana 26 and rider Brianna Sims

We also have other talented horses for sale!  Check out this week's featured horse for sale: Escape! 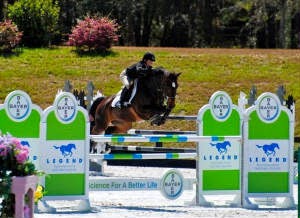 Escape is an 11-year-old, 16.2 hand  dark bay Warmblood mare. She is one talented jumper with tons of scope. Escape is a solid 1.30 meter jumper and is consistently in the ribbons in the Meter 130-140 classes from Ocala, FL to Vermont! Don't pass up on this pretty girl! Contact Patty Foster at 301.461.7159, or rollingacrespatty@gmail.com for more information.

Also, this past Sunday Goshen Hunt was at the farm. We always enjoy having them and seeing everyone in their hunting attire! 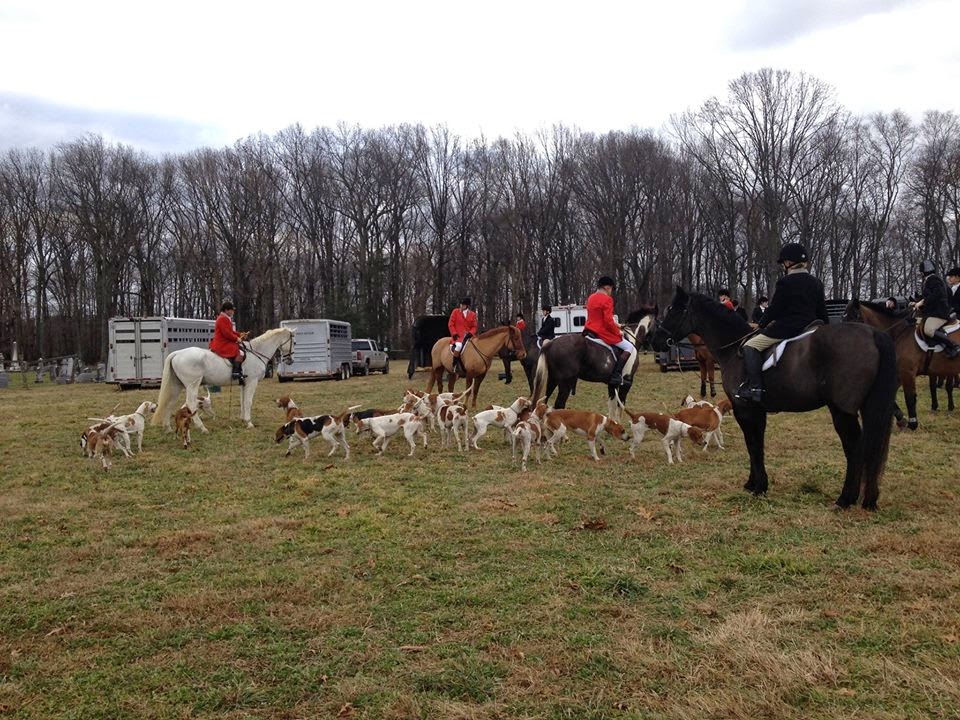 Posted by Rolling Acres: Hunter/Jumper Horse Boarding, Sales and Training in Montgomery County, Maryland at 7:58 AM No comments:

Weekly Show Results Are In!

Here are the results from this past weekend at  McDonough Horse Show! (Sorry, no photos this week)

Way to go everyone!!

Also, we have to send a special congratulations to Ashley! She was recognized as The National Collegiate Equestrian Association Rider of the month over fences and the SEC Equestrian Rider of the Month!

On Tuesday, they announced their November Riders of the Month, as determined by the NCEA selection committee and honoring standout performances from the third month of the collegiate equestrian season. 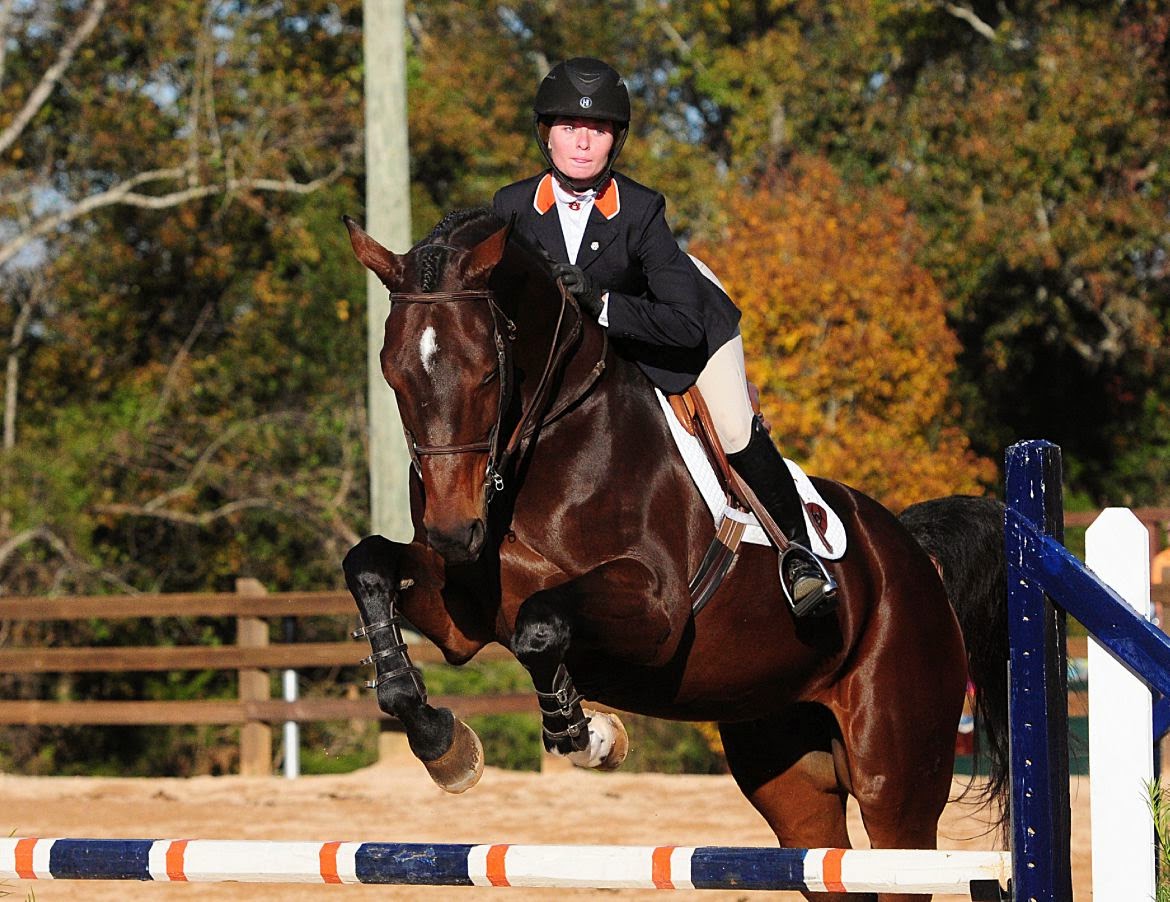 Here is another article if you want to read more!
http://m.auburntigers.com/m/sports/w-equest/spec-rel/120214aaa.html
Posted by Rolling Acres: Hunter/Jumper Horse Boarding, Sales and Training in Montgomery County, Maryland at 7:37 AM No comments:

Since today in Maryland is a grey sky day, we thought this week's feature horse for sale would be another grey (except a much prettier one!) Whiskey Blue is a handsome 9-year-old, dappled grey gelding for sale. He has been ridden consistently in the 3'6 Hunters, and has won several times with Ashley, Dana and other riders.  Don't miss out on this talented horse! 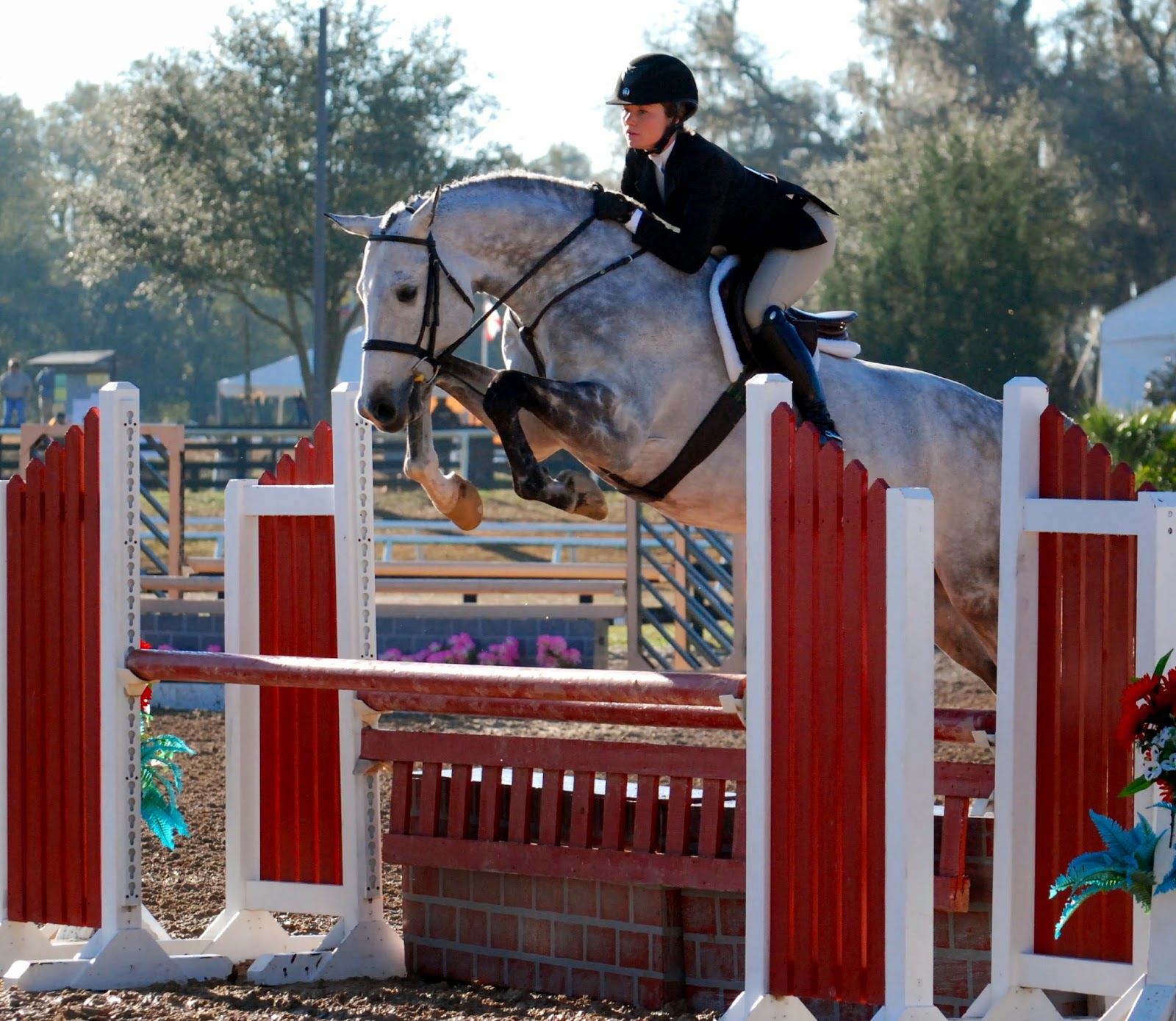 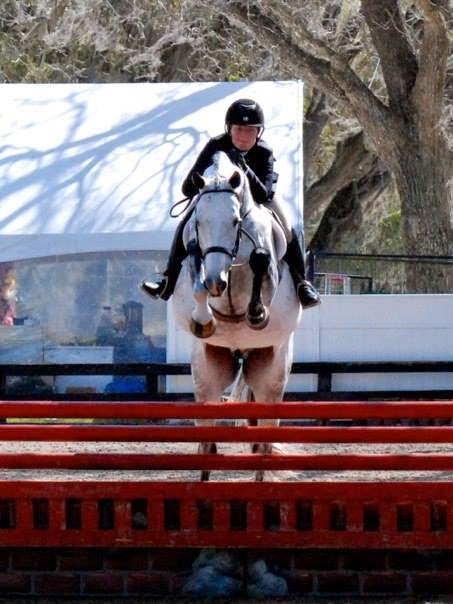 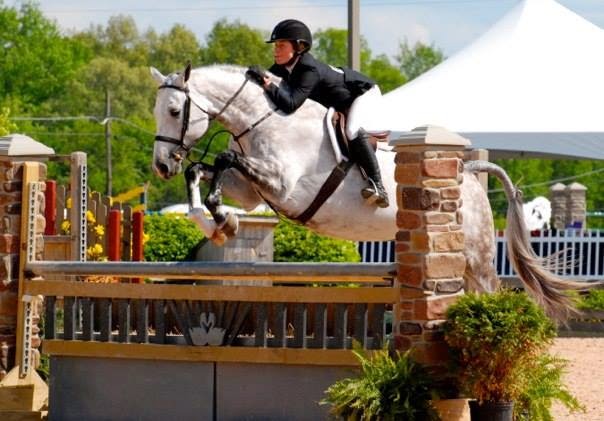 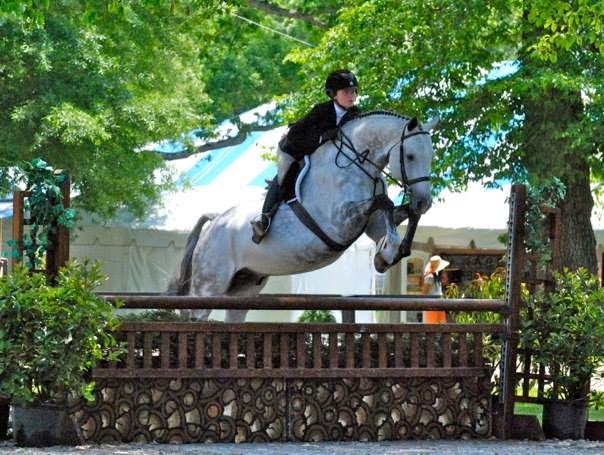 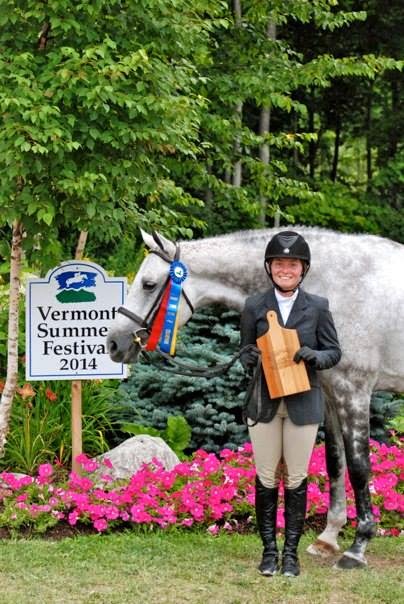 If you are interested in Whiskey Blue, please contact Patty today! You can reach her at: 301.461.7159, or rollingacrespatty@gmail.com.


We also want to share this press release from the Mid Atlantic Equitation Festival which features many quotes and information on Rolling Acres riders and horses!

"It was a great event that highlighted the importance of equitation in an area with deep hunter/jumper tradition," said Dotoli, of Chepachet, RI, an 'R' USEF judge and trainer of equitation and hunter national champions for three decades. "We hope our judging helped guide riders to note what we reward: a good two-point seat, a soft release and overall effectiveness."

"I was really impressed with the quality of horses and ponies," said Hofstetter, of Ocala, FL, whose 1986 ASPCA Maclay Finals win helped launch a career as a leading rider at Capital Challenge, Devon and Washington, conducting USEF Judges Clinics and Trainer Certification Programs and a seat on the USHJA Judges Committee. "We saw a show celebrating the equitation finals tradition through a major indoor event, while encouraging and teaching riders that they didn't have to be 'perfect' and could learn from a second round. That's great."

Closing a nearly four-year career together were Young Riders Champions for the Laura Pickett Memorial Trophy, Mary Elizabeth Cordia, 16, of Alexandria VA, and 12 year-old gelding, Welcome (aka Clover): "I owe my success to his taking care of me." Cordia went home with a new Stübben saddle of her choice and Welcome - who came from Ginny Edwards as a Children's hunter -- will now "take care of" trainer Jenny Graham's son. Reserve were Sabrina Yekta, of Chester NJ, who trains with Ashley DiBongrazio Pankow at Redfield Farm, on Empire.

Christine Manske Lies, owner of Rintoo, ridden by Katie Kranking to Best Equitation Horse, Highest Score Finalist and Adult Rider Awards confessed, "When it comes to gratitude, I start at thank you, Charlotte Williams, for suggesting I entrust 'Vinnie' to Patty, Mary Lisa and Pam Saul, who entrusted him to Katie. When you buy a horse you have so many dreams and they include a victory gallop like this. He was born for the spotlight, we just had to find the right one."

Patty Nicholson Foster, a two-time MAEF Leading Trainer Award winner, said the 10 year-old Canadian Sporthorse gelding came to Rolling Acres Show Stables in Brookeville, MD, from an Ohio three-day barn as a lease/sales prospect: "He didn't like that job but turned into a great equitation horse."

"Vinnie is special. This was only our second show. He's smooth, adjustable and will jump anything," said Kranking, a Wilhelmina Agency model whose winning style with Rintoo began in Friday's Marshall & Sterling Adult Medal 3' and culminated in the Adult Rider Championship for the Gary Zook Memorial Trophy and saddle of choice from Stübben North America. "We love Stübben at Rolling Acres so the saddle is awesome."

Rolling Acres also had Flat Medal Finals champions in Brianna Sims, of Bowie, MD, and Clear Cove. Sims had the dual pleasure of accepting her trophy (and Huntley Classic bridle) while learning of her acceptance to the NCEA program at Texas A&M University (where 2013 MAEF Young Rider Champion, Kristen Mohr, studies).

MAEF Adult Rider Reserve Champions were Matthew Lowe and Redfield's Carebryere. The 2008 VHSA and MHSA Adult Medal Finals reserve champion called his return to Upper Marlboro "good to be back on home turf." (So good that Lowe's first lesson on Emil Spadone's hunter had only been four days before winning their MAEF tricolor!)

"The test was the best part," said Morgan van Nortwick, of Leesburg, VA, the Novice Rider Champion for the Ross Reisner Memorial Trophy on Sara George's senior mare, Serenity. The sixth-grader won her first custom boot fitting, courtesy of Roxane Mosley-Ginsburg of PommeNewYork.com, for her victor's pair of DeNiro talls, plus a Classic bridle from HuntleyEquestrian.com. Winter Hill Farm trainer Tom Brennan praised his pair: "They help each other out whenever they can." Reserve went to high school freshman Hayden Wilkes, of Shamong, NJ, on the solid Winslow Park for trainer Carolyn Desfor.

Graham, of Chevy Chase, MD, had been riding Don Stewart's bay (better known as Bruno Mars) just two weeks before posting a high score of 90 for her tie-dyed team and credited "trust" in the gelding for their additional wins in the ASPCA Maclay, Pessoa/US Hunter Seat Medal and VHSA Hunt Seat Medal.

Sunday's College Meet and Greet Brunch delivered great food and networking with representatives of NCEA and Bridgewater, Centenary, Converse, Delaware Valley, Goucher, Randolph and Sweet Briar Colleges. MAEF presented a $1500 Maryland Practical Horsemanship Scholarship to Cary Hundley, who trains with James Prettyman and rode Beste Intentions, and a $1000 Maryland Horsemanship Scholarship (supported by a grant from the Maryland Horse Industry Board) went to Mary Podgovak-Miller, a self-trained rider from Salisbury, NC, who rode Luxus. A silent auction benefiting the MAEF Scholarship Fund was overseen by volunteers Joanne Riley, a NY-based designer with The Interior Edge, and Michael Mulligan of Merrill Lynch.

"What a great success this show has become," remarked a friend of Pankow's shortly after the Redfield Farm trainer accepted her awards. Every year, more equitation barns and trainers come to MAEF for its signature relaxed -- and rewarding -- format.

"Trainers are already telling us they want to bring more horses and riders next year," said Shevella, who assures that she and Beebee, will "be ready."